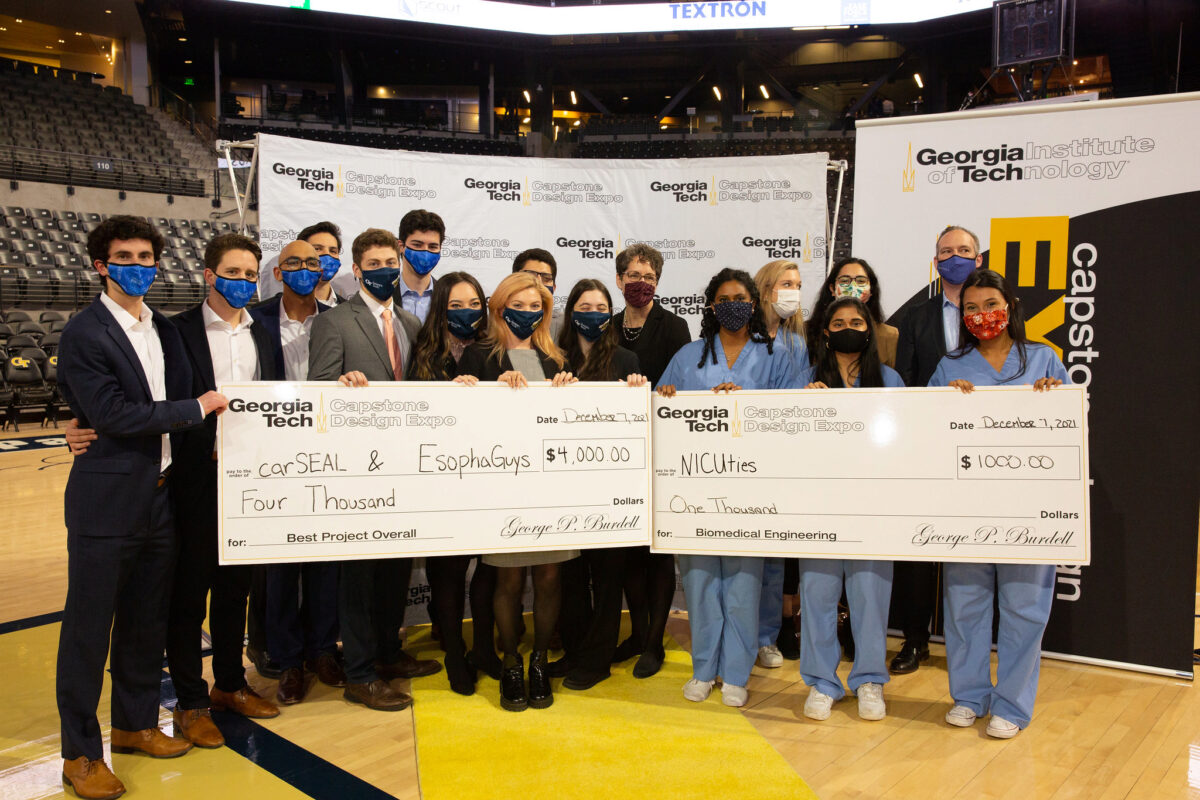 The Capstone Design Expo returned to McCamish Pavilion for the first time since the fall of 2019, with more than 500 students broken into 118 teams from seven schools and three colleges participating. While most participants were in-person, teams also had online representatives who were available to talk to online judges who could participate from anywhere in the world, broadening the judging pool.

Towtal Package stood out as the top mechanical engineering project for tackling a problem for Delta Air Lines. Delta uses twelve different tow bars for its fleet of aircraft and had a desire to simplify their towing equipment. "We worked to simplify the problem of the pushback experience, making the job for the operator a little easier," explained John Alexander, from Gainesville, Georgia. "We really enjoyed our project."

After abandoning a flawed design with just a few weeks left in the semester, Towtal Package was able to create a tow bar attachment compatible with all of Delta's aircraft, giving gate crews flexibility and eliminating the need to search for the right tow bar for the right aircraft. 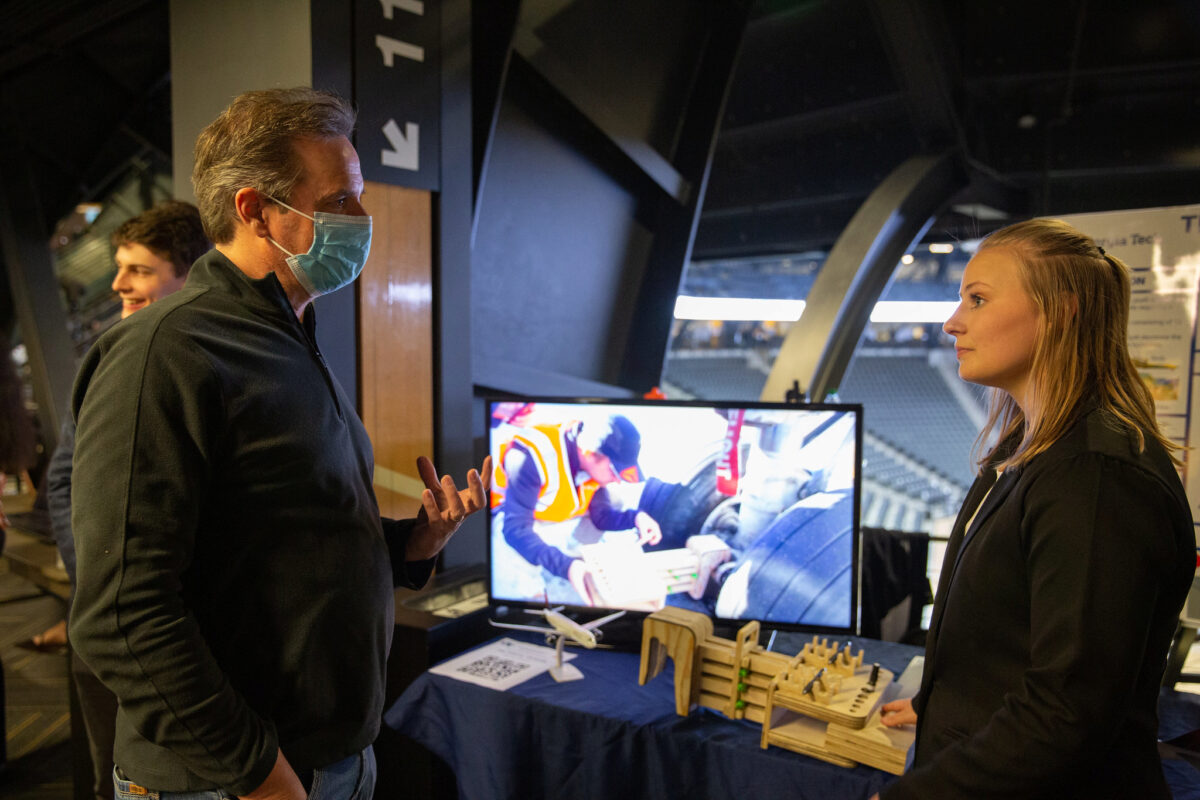 Over the years the number of sponsored projects at Capstone has grown, with this year's sponsors including TTI, NASA JPL, The Home Depot, Amazon, Atlanta Department of Transportation, General Motors, Novelis, and a wide range of medical doctors and health companies. 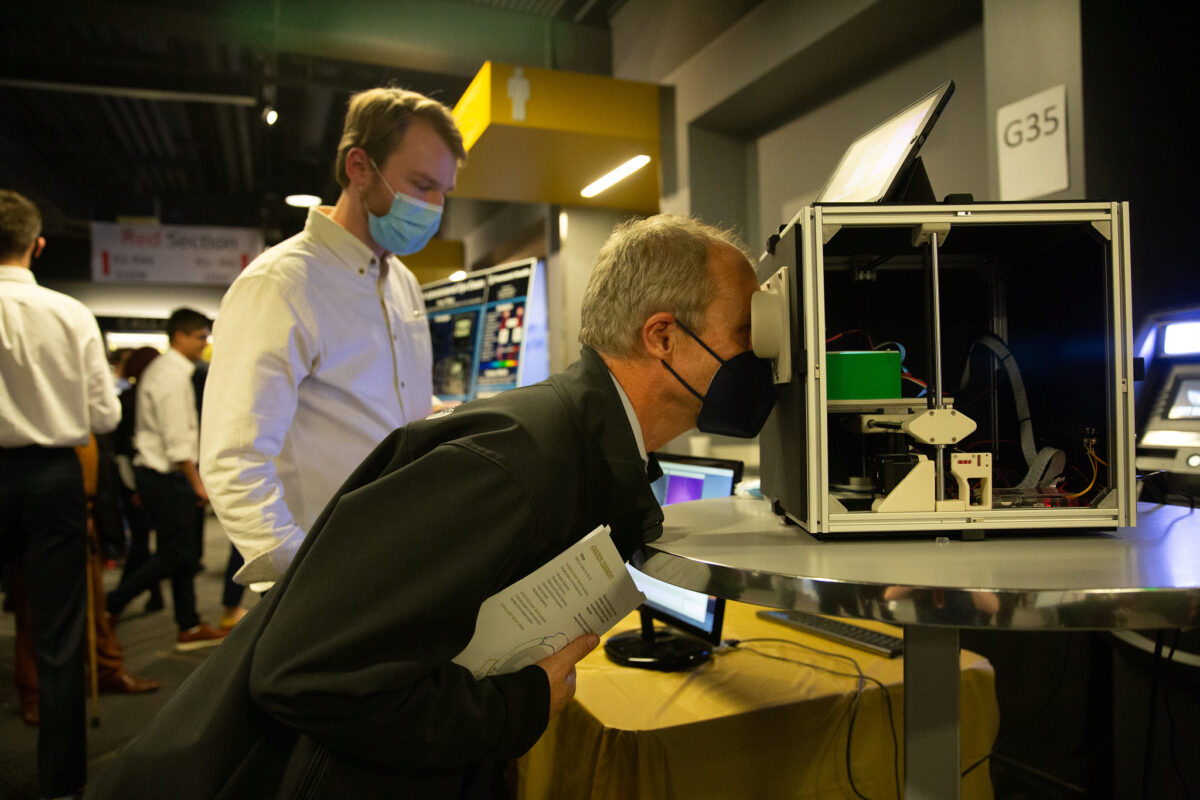 Team carSEAL worked closely with the Mayo Clinic to develop a device that can seal the carotid artery after a thrombectomy. Such a device doesn't exist on the current market, and carSEAL had already won two Mayo Clinic competitions.

“The great thing about this device is, it not only closes the carotid artery — one of the most difficult blood vessels to close — but it’ll close any other blood vessel, which makes it an extremely competitive product,” said team member Joshua Cruz. “We designed ours for neurosurgeons, but we think it’ll have applications for interventional cardiologists, radiologists, and others.”

EsophaGuys developed a device that combines a balloon dilator with a nasogastric feeding tube, which could allow doctors to treat multiple pediatric esophageal strictures during a single session instead of requiring children to make multiple visits to a hospital over several years.

“These children go to the hospital to have their esophagus dilated, the most common treatment for strictures,” said student Madeline Beatty. “Currently, patients undergo multiple procedures under general anesthesia, which can lead to some severe neurological deficits down the line.” 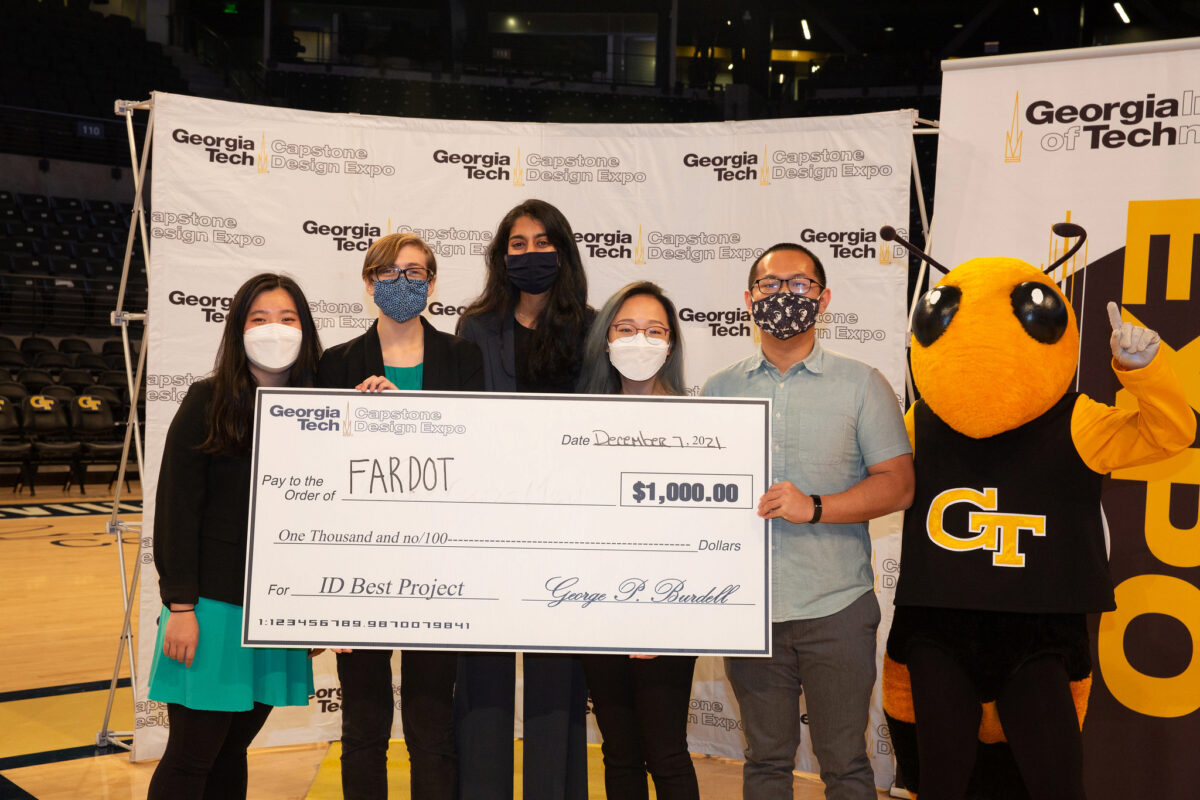 Industrial and Systems Engineering- Provision with a Vision 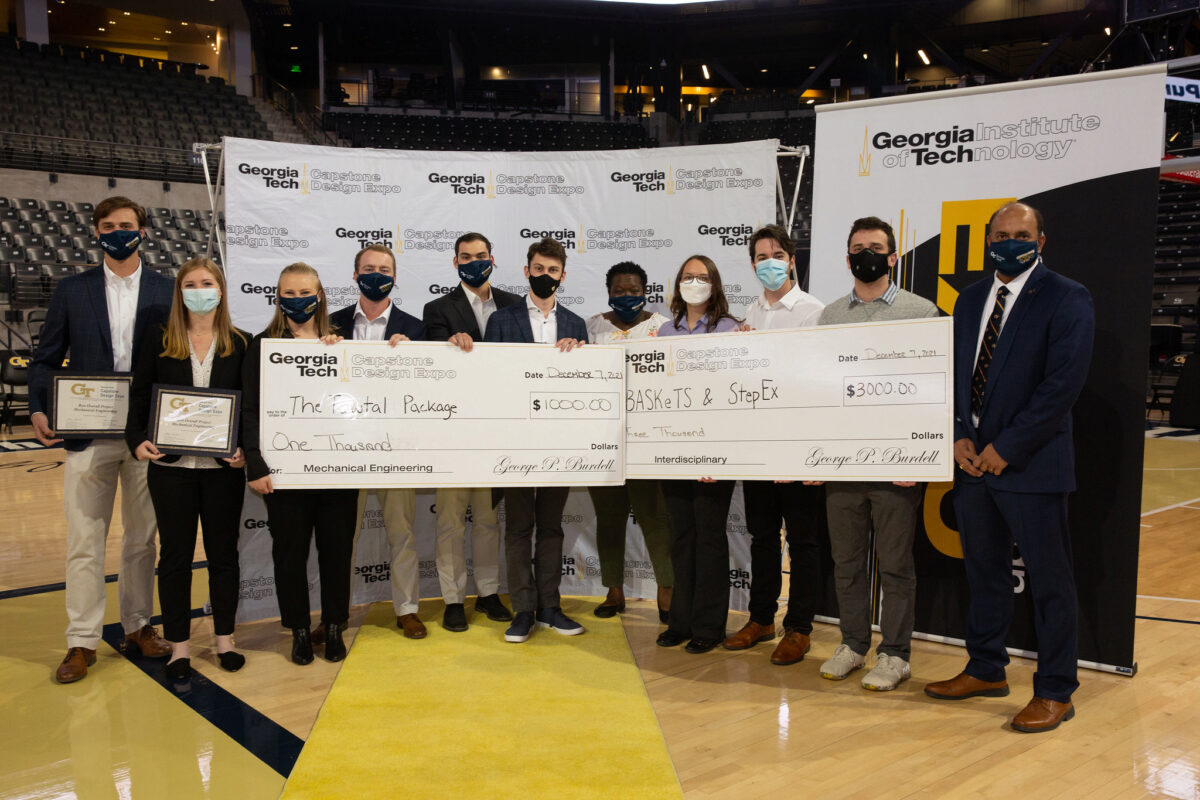 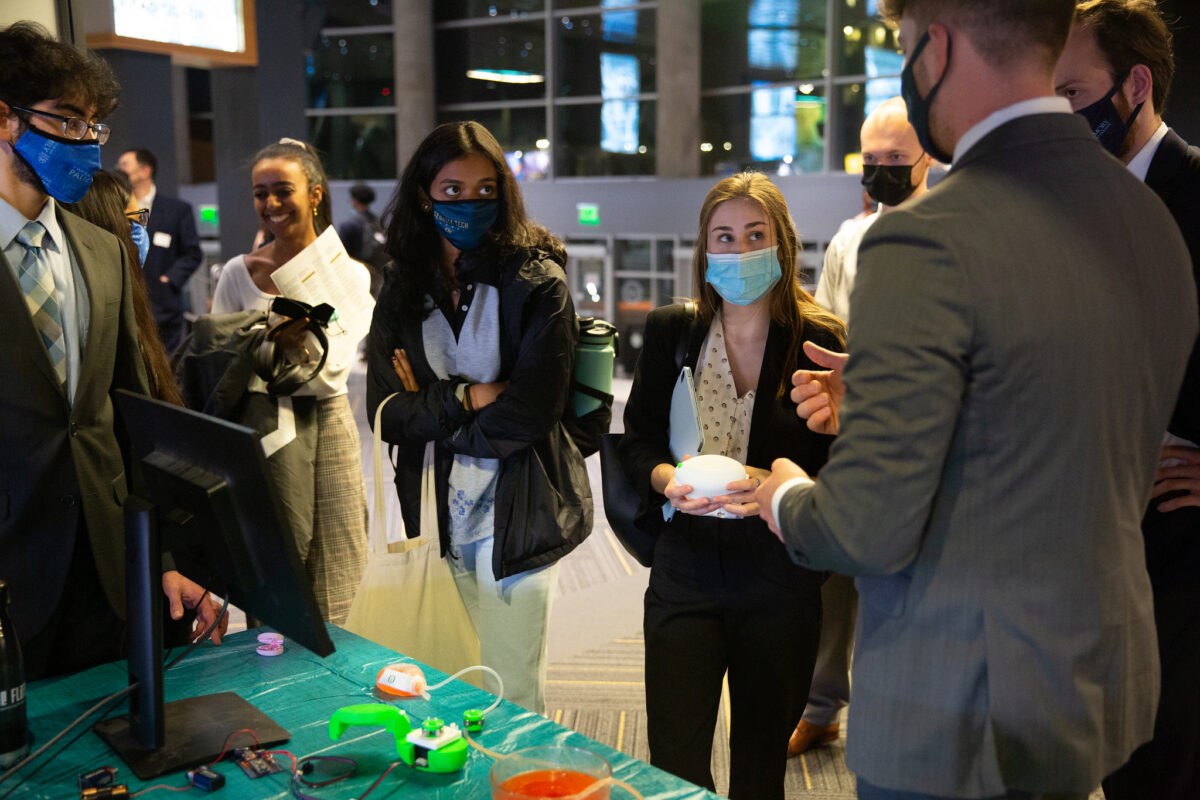