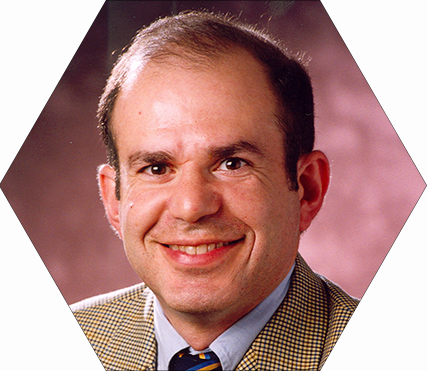 Dr. Sadegh's early research work was in the field of robotics and automation. His major contribution to this field was the development of a class of adaptive and learning controllers for nonlinear mechanical systems including robotic manipulators. This work, which evolved from his doctoral research, enables a robot to learn a repetitive task through practice, much like a human being, and without requiring a precise model. He later demonstrated that implementing this learning controller can significantly improve the performance of industrial robots without significantly increasing their cost or complexity, and has the potential to improve the accuracy, autonomy, and productivity of automated manufacturing systems. In addition to robotics, he developed a similar learning controller for speed regulation of copier photoreceptors as part of a project sponsored by the Xerox Corporation. Dr. Sadegh began at Tech in 1988 as an Assistant Professor.

Dr. Sadegh's research concerns the theory and application of artificial neural networks. He has obtained important theoretical results regarding the synthesis and training of a new class of artificial neural networks that can be applied to a wide range of engineering applications. For example, they can enable a machine to learn the concept of executing a series of similar tasks through practice.

The Visteon Division of the Ford Motor Company is currently sponsoring a project that utilizes the concept learning technique to improve the speed and accuracy of their assembly operations. One goal of the project is to demonstrate that it is feasible to produce a high performance assembly machine without requiring costly high-precision hardware.

In addition to these projects, Dr. Sadegh has investigated the modeling and intelligent control of processes ranging from plasma torch to glass forming and automotive components. In a recent project, sponsored by the Ford Motor Company, he investigated modeling and control of continuously variable transmissions. An accurate simulation model of the entire power train of a Ford vehicle was constructed. This model aided the team in developing a hierarchical control system that improved the vehicle's drivability and fuel efficiency.

Dr. Sadegh's more recent research work involves modeling complex nonlinear dynamic systems based on their input-output data. This work has shown that a sufficient amount of input-output data can be used to reconstruct the state and dynamic model of a system with minimal knowledge of the governing physical laws. This research, which is still in its infancy, has potential applications in a variety of disciplines, such as hydraulic, chemical, and biological processes, and economic forecasting, in which reliable firstprinciple models may be difficult to obtain. This approach was successfully used in modeling the hydraulic ratio variator of a continuously variable transmission, which is difficult to model analytically.