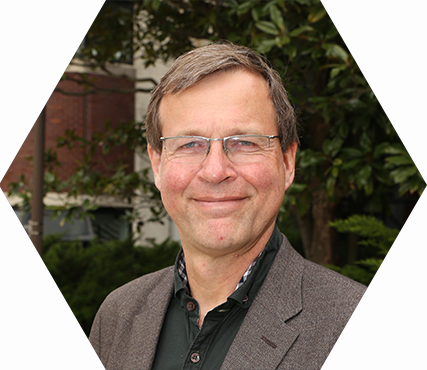 Dr. Bert Bras is a Professor at the George W. Woodruff School of Mechanical Engineering at the Georgia Institute of Technology since September 1992. From 2001 to 2004, he served as the Director of Georgia Tech’s Institute for Sustainable Technology and Development. In 2014, he was named a Brook Byers Professor of Sustainability. He was named the Associate Chair for Administration for the George W. Woodruff School of Mechanical Engineering at Georgia Tech in 2016 and briefly served as Interim School Chair in 2018. Dr. Bras has Master of Science (“Ingenieur”) degree in Mechanical Engineering from the University of Twente (The Netherlands) and a PhD in Operations Research from the University of Houston. Prior to his PhD, he worked at the Maritime Research Institute Netherlands (MARIN).

Dr. Bras's research focus is on sustainable design and manufacturing, including design for recycling and remanufacture, biological inspired design, and life-cycle analyses with applications in energy and mobility systems. His work has been funded by the National Science Foundation, Ford Motor Company, General Motors, Boeing, among others. Some of the work done with Ford Motor Company on MyEnergi Lifestyle and the C-Max Solar Energi concept car have been featured at Consumer Electronics Shows (CES) in Las Vegas, as well as on CNN and Reuters TV.

Dr. Bras was named the 1996 Engineer of the Year in Education by the Georgia Society of Professional Engineers, received a Society of Automotive Engineers’ Ralph R. Teetor Award in 1999, and the 2007 Georgia Tech Outstanding Interdisciplinary Activities Award.