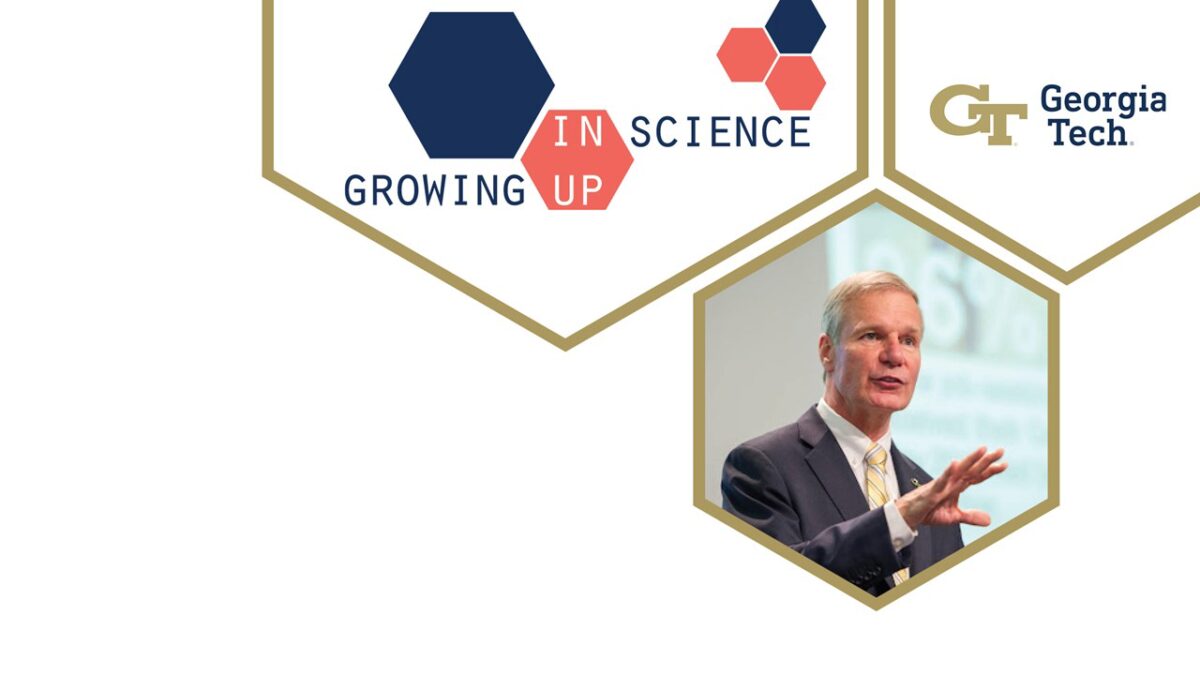 A Conversation Series: Growing Up In Science

Have you ever seen a successful scholar and thought that you don’t measure up because they don’t seem to
struggle like you do? The truth is that everyone has difficulties, doubts, detours and failures, but they aren’t
usually publicly known. Scholars are often hesitant to talk about the jobs they didn’t get, the manuscripts
that got rejected, the funding that didn’t come through, and other obstacles they’ve faced.

The new Georgia Tech chapter of Growing Up In Science is launching a conversation series featuring
personal narratives about becoming a scholar, including frank discussion of an individual’s personal career
path, no matter how messy. These discussions will focus on past and present struggles that you don’t
normally get to hear about in a scholar’s polished official bio.

Attendees will have the opportunity to come hear the “unofficial stories” of these scholars’ careers as
they share their personal struggles and will be able to ask about how they navigated the difficulties they
encountered. This event is open to anyone in the Georgia Tech community who wants gain a better
and more realistic understanding of what becoming a scholar looks like. All are welcome, including
undergraduate students, graduate students, staff and faculty.

Bio: G.P. “Bud” Peterson came to Georgia Tech on April 1, 2009, as the Institute’s 11th president and
retired from that role August 31, 2019. On September 10, 2019 the Board of Regents (BOR) of the University
System of Georgia voted to name Peterson President Emeritus as well as Regents Professor of Mechanical
Engineering for the standard three-year term.

Throughout his career, Professor Peterson has played an active role in helping to establish the national
education and research agendas, serving on numerous industry, government, and academic task forces
and committees. He also has served as a member of a number of congressional task forces, research
councils, and advisory boards, including the Office of Naval Research, the National Aeronautics and Space
Administration, the Department of Energy, the National Research Council, and the National Academy of
Engineering. He has served as a member of the Board of Directors and vice president for Education for the
American Institute of Aeronautics and Astronautics (AIAA). He is currently serving on a number of national
boards and committees, including serving as a member of the National Science Board, Co-Chair of the
Government Relations Committee of the Association of Public and Land-grant universities, and member of
the US Council on Competitiveness.

Current research interests involve theoretical investigations of the surface chemistry of micro and nano
fabricated devices, using molecular dynamic simulation, which have pushed the boundaries that could bring
revolutions in both thermal management and the energy sectors.