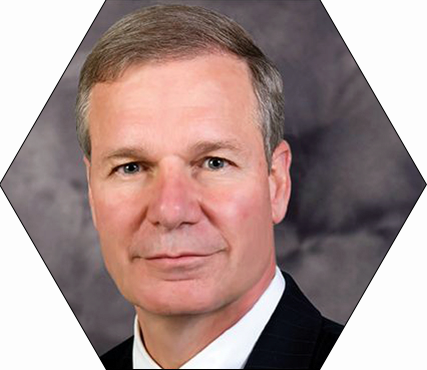 G. P. “Bud” Peterson is currently President Emeritus and Regents Professor in the Woodruff School of Mechanical Engineering at the Georgia Institute of Technology, where he served as the 11th president from April 1, 2009 through August 31, 2019. Under his leadership Georgia Tech grew innovative collaborations and strategic partnerships locally; expanded its global reach and impact, with a focus on innovation; exceeded the capital campaign goal of $1.5 billion by 20%; and more than doubled the new research awards, exceeding $1 Billion for the first time in 2019. In 2011, Georgia Tech was invited to join the Association of American Universities (AAU), the first university to be admitted in 10 years.

Peterson came to Georgia Tech from the University of Colorado at Boulder, where he served as Chancellor. In his three years as Chancellor, freshman applications increased by 35%, sponsored research increased by more than 18%, and private philanthropy for the university increased by nearly 80%. He previously served as provost at Rensselaer Polytechnic Institute (RPI) in Troy, New York and was a member of the faculty at Texas A&M for nearly 20 years, serving in numerous administrative roles, including Associate Vice Chancellor for Engineering for the Texas A&M University System, Executive Associate Dean of Engineering, and Head of the Department of Mechanical Engineering. During his career he has served as a visiting research scientist at NASA-Johnson Space Center in Houston, Texas, Program Director for the National Science Foundation and Associate Professor and Head of the General Engineering Technology Department at Kansas Technical Institute in Salina, Kansas.

Throughout his career, Peterson has played an active role in helping to establish the national research and education agendas, serving as a member of a number of congressional task forces, research councils, and advisory boards. A distinguished scientist, he was appointed in 2008 by President George W. Bush to the National Science Board (NSB),which oversees the NSF and advises the President and Congress on matters related to science and engineering research and education, and in 2014 was reappointed to the board by President Barack Obama. He has served on the U.S. Council on Competitiveness, the National Advisory Council on Innovation and Entrepreneurship (NACIE), and was appointed by President Obama to the Advanced Manufacturing Partnership (AMP) 2.0 Steering Committee. In 2018 he was appointed by Vice President Mike Pence to the National Space Council – User Advisory Group. He most recently served as a member of the Knight Commission on Intercollegiate Athletics, and as Chair of the NCAA Board of Governors.

A Fellow of both the American Society of Mechanical Engineers and the American Institute of Aeronautics and Astronautics and is the author or co-author of 17 books or book chapters, 255 refereed journal articles, and 145 conference publications. He has 18 patents, with four others pending.

More recently, investigations have included fundamental applications of phase-change heat transfer to the field of biotechnology, including the insitu-treatment of cancerous tissue using hypo and hyperthermia and arresting epileptic seizures through the rapid cooling of localized tissue in the brain, which requires highly efficient heat dissipation devices, capable of dissipating the thermal energy to the surrounding tissue.

Current research interests involve theoretical investigations of the surface chemistry of micro and nano-fabricated devices, using molecular dynamic simulation, which have pushed the boundaries that could bring revolutions in both thermal management and the energy sectors.