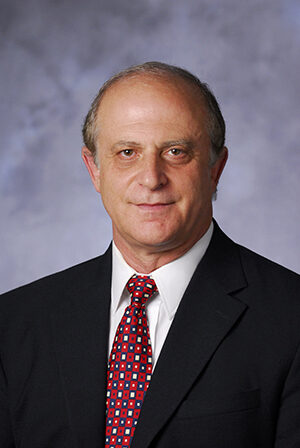 Georgia Institute of Technology Professor Itzhak Green has been named the 2021 recipient of the Mayo D. Hersey Award from the American Society of Mechanical Engineers (ASME).

The Mayo D. Hersey Award is bestowed on an individual in recognition of distinguished and continued contributions over a substantial time period to the advancement of the science and engineering of tribology.

“Tribology, which is the science of friction, lubrication, and wear, affects our lives every day,” explains Green. “Everything from tactile sensors in cell phones to tire traction to engine emissions are governed by tribological effect, and advances in the field have led to and improved reliability, life, and safety in devices that include pumps in vehicles and reactors, bearings and seals in turbines, and the development of artificial joints.”

The Hersey Award was established in 1965 by the joint bequest of the ASME Lubrication Division (now Tribology Division) and the ASME Research Committee on Lubrication (now Research Committee on Tribology) to recognize the exceptional leadership in lubrication science and engineering of Mayo D. Hersey, an American engineer, physicist at the National Bureau of Standards and other government agencies, and professor of engineering at Brown University.

I am deeply honored to receive the Mayo D. Hersey Award given by the Tribology Division of ASME,” said Green. “I have chosen to study this fascinating field some 40 years ago and it has been a very rewarding journey. During that time, I have been fortunate to work with talented and dedicated students, so this award is attributed to them.

Green has been a professor of mechanical engineering at the Georgia Institute of Technology since 1985. He is an internationally recognized expert on machine design, rotordynamics, and tribology. He has authored and co-authored more than 150 papers on tribology and design, principally in the fields of solid and fluid mechanics of triboelements, rotordynamics, integrated diagnostics, dynamic analyses of mechanical face seals for gas and liquids, mechanics of viscoelastic dampers, elastic-viscoelastic finite element analysis of vibrating shell structures, elasto-plastic hemispherical contact, and computer aided design of machine elements. He served as an associate editor for the ASME Transactions, Journal of Tribology (1988-94), Tribology Transaction (1998-2007), and serves on the editorial boards for the Journals of Shock and Vibration, and Friction. He chaired the STLE Awards Committee (2002), the Fellows Committee (2019), and the STLE Annual Meeting Program Committee (2005). He has been a director on the STLE Board (2004-2007), and the chair of the Contact Mechanics Technical Committee of ASME Tribology Division (2007). He has served two terms as the chair of the Executive Committee for the ASME Tribology Division (2007/8), and chaired its Nominations and Oversight Committee (2014). At Georgia Tech, he chairs the Tribology Research Area Group.

Green earned Bachelor of Science, Master of Science, and Doctor of Science degrees in mechanical engineering from Technion – Israel Institute of Technology in Haifa, Israel.

About ASME
ASME helps the global engineering community develop solutions to real world challenges. Founded in 1880 as the American Society of Mechanical Engineers, ASME is a not-for-profit professional organization that enables collaboration, knowledge sharing and skill development across all engineering disciplines, while promoting the vital role of the engineer in society. ASME codes and standards, publications, conferences, continuing education, and professional development programs provide a foundation for advancing technical knowledge and a safer world. ASME recently formed the International Society of Interdisciplinary Engineers (ISIE) LLC, a new for-profit subsidiary to house business ventures that will bring new and innovative products, services, and technologies to the engineering community. For more information, visit www.asme.org.