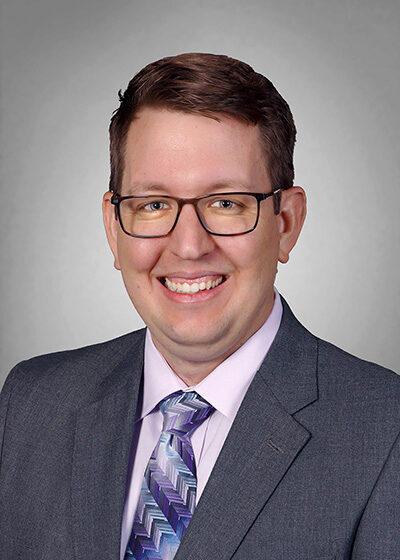 The Pat Tillman Foundation (PTF) recently announced Woodruff School Ph.D. student Bryan Watson as one of the 60 U.S. service members, veterans and military spouses chosen as a 2021 Tillman Scholar. In the 13 year history of the program, Bryan is the first Tillman Scholar selected from the Georgia Institute of Technology. In recognition of their service and leadership potential, the newly selected class will receive scholarship funding to pursue higher education and continue their service in the fields of healthcare, business, law, public service, STEM, education and the humanities. For the full list of 2021 Tillman Scholars, along with their service branches, institutions, and fields of study, please visit http://scholars.ptf.org.

After growing up watching the midshipman playing football, Bryan dreamed of attending the Naval Academy. While at the Naval Academy, he majored in systems engineering and competed in the Micro League of the International RoboCup. After graduating in 2009, Bryan joined the nuclear Navy, serving on board the U.S.S. Louisville and at the Naval Prototype Training Unit Charleston for over eight years. While serving, Bryan developed a deep appreciation of the role that mentorship plays in the lives and success of teammates. He was also inspired by witnessing the impact that complex systems (fleets, weather, port infrastructure) have on individuals and the impact individuals have on the performance of complex systems.

Watson is advised by Bert Bras, Associate Chair for Administration and Brook Byers Professors in Energy and Environmental Systems, and is a member of his Sustainable Design and Manufacturing Lab. For his dissertation, he is focused on developing biologically inspired design heuristics to increase the resiliency of the complex systems we live in, particularly when systems and subsystems are combined with each other. Watson aspires to be a professor where he can mentor fellow veterans pursuing college degrees.

Speaking about his selection, Watson was excited about the opportunities that come with being a Tillman Scholar.

“The financial piece is obviously nice and a tremendous help, but the bigger piece is the network you connect with through the Pat Tillman Foundation,” said Watson. “It is a huge honor to be selected to join this incredible group which includes the preeminent veteran scholars and veteran spouse scholars in the nation. I will be attending a leadership summit virtually where I can meet them, and just being in the same group as these scholars tackling some of life's greatest challenges is very exciting. The scholarship will certainly help this year, but the community is permanent.”
“Our newest Tillman Scholars join a community committed to leadership through action. Coming out of an unprecedented year, we are excited to welcome them among the 60 students who have exhibited that leadership throughout their military service,” said Dan Futrell, CEO of the Pat Tillman Foundation, and 2011 Tillman Scholar. “We look to the Tillman Scholar community to make a future impact greater than the exceptional service they’ve offered so far, and we’re honored to welcome them and support their leadership development.”

"Every year I'm inspired by the stories and experiences of the people who make up the newest class of Tillman Scholars," said Marie Tillman, Board Chair and Co-Founder of PTF. "This year, we are honored to support them as they make an impact in human rights, public policy, healthcare, tech, and so much more."

In 2002, Pat Tillman proudly put his NFL career with the Arizona Cardinals on hold to serve his country. Family and friends established the Pat Tillman Foundation following Pat’s death in April 2004 while serving with the 75th Ranger Regiment in Afghanistan. In 2008, the Tillman Scholars program was founded to unite and empower remarkable military veterans and spouses as the next generation of public and private sector leaders committed to service beyond self. The fellowship program supports Tillman Scholars with academic scholarships, a national network, and professional development opportunities, so they are empowered to make an impact in the world. To date, PTF has invested more than $20 million in scholar support and named nearly 700 Tillman Scholars at more than 100 academic institutions nationwide. For more information on the Pat Tillman Foundation and the impact of the Tillman Scholars, visit PatTillmanFoundation.org.