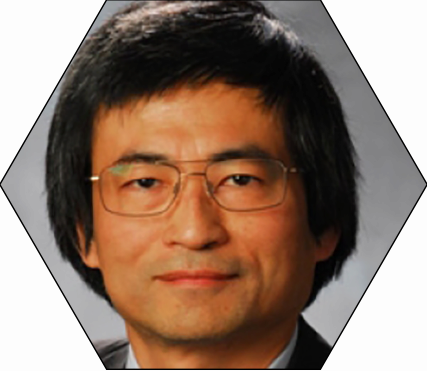 Dr. Yeung joined Georgia Tech as an Assistant Professor of Aerospace Engineering in 1992. Prior to that he was a postdoctoral research associate at The Pennsylvania State University.

Dr. Yeung is interested in fundamental studies that provide advances in understanding the complex behavior of turbulent fluid flows, with emphsis on turbulence at high Reynolds number, which is characterized by the presence of disorderly fluctuations over a wide range of scale sizes in both time and space. Specific topics include the statistical description of extreme fluctuations in local strain and rotation rates, mixing of passively transported substances over a range of molecular diffusivities, and the dispersion of multiple fluid elements which is the basic mechanism behind contaminant dispersion in the environment.

The primary approach employed is direct numerical simulation based on exact conservation laws, followed by post-processing of large volumes of archival data to obtain quantities not easily available in experiments. Collaborations with specialists in turbulence theory and modeling in the United States and abroad are an integral component of our activities.

Dr. Yeung develops highly scalable and massively parallel computational algorithms that allow  state-of-the-art numerical simulations to be conducted efficiently on some of the fastest supercomputers      available in the nation and the world. Sustained efforts over the last few years have led to the world's largest production simulations of mixing and dispersion in three-dimensional periodic domains, which although idealized, still maintain the key features of the flow physics, especially at the small scales where a classical hypothesis of universality is often valid.

The most ambitious benchmarks achieved to date involved as many as 0.5 trillion grid points on 131,072 processing cores on a Cray XT5 supercomputer. Future strategies such as computation-communication overlap and advancements in data handling will be deployed in attempts to reach a sustained speed of operations per second.

These research activities have been supported by the National Science Foundation (NSF), through the Fluid Dynamics program and the Office of Cyberinfrastructure. Supercomputing resources have been provided by several leading centers supported by NSF and the U.S. Department of Energy.