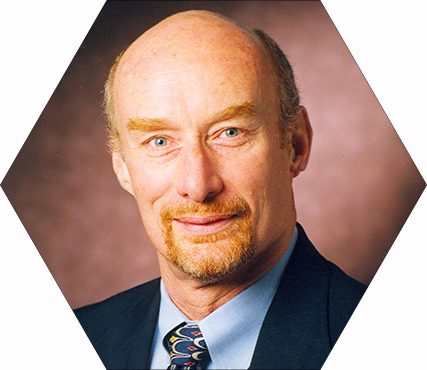 Dr. Johnson has more than thirty years of experience studying failure mechanisms in a wide range of material systems for aeronautical, space, and naval applications. He has pioneered several life predictive methodologies for metallic, bonded structures and metal matrix composites. From 1979 until he joined Georgia Tech in June 1994, Dr. Johnson was employed at the National Aeronautics and Space Administration (NASA) Langley Research Center as a Senior Scientist. He led several research teams during that period. In his last four years at NASA, he led the Material Durability Program for the High-Speed Civil Transport and served as principal investigator for developing life-prediction methodologies to be employed on the National AeroSpace Plane. These programs were charged with developing life-predictive methodologies and assessing the long-term durability of materials to be used on these very advanced aircraft. Since 1997 he has been the Director of the Georgia Tech Composites Education and Research Center.

Dr. Johnson's research is directed toward studying the durability of many advanced material systems used in extreme environments. His sponsors include the National Aeronautics and Space Administration, Lockheed-Martin Corporation, the National Science Foundation, the U. S. Air Force, the Federal Aviation Administration, and the Office of Naval Research. His research deals with both metal and polymer matrix composite materials, aluminums, titaniums, hybrid titanium composite laminates, and both bonded and bolted joints. Much of the research deals with high-temperature testing and advanced damage modeling, which includes fatigue and fracture analysis that incorporates induced thermal stresses, thermo-viscoplasticity, oxidation and general material degradation with time. Much of this research is in support of high-profile national programs such as the F-22 stealth fighter and the futuristic High-Speed Civil Transport.