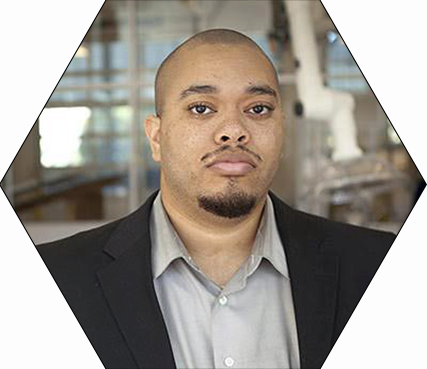 Dr. Henry will begin at Georgia Tech in late 2011 or spring 2012. Prior, he has worked as a postdoctoral fellow at Oak Ridge National Lab and Northwestern University.

Both areas involve a significant amount of fundamental science research, however, the overarching goal is to work toward systems level engineering. The work in thermochemical hydrogen production involves the use of first-principles calculations and molecular dynamics simulations to predict the thermodynamic properties of candidate materials. This work also has a component dedicated to furthering our understanding of the associated chemical reaction dynamics, with the goal of optimizing for maximum cycle efficiency.

The research on atomistic simulations for thermal transport is primarily geared toward increasing our understanding of the underlying mechanisms that govern thermal conductivity. This thrust involves detailed studies of phonon transport and the development of accurate potential energy descriptions that can aid in the study of thermal transport in bulk materials, nanomaterials and at various types of interfaces. This research also involves additional efforts toward the design of innovative materials that have their properties optimized for particular applications, such as thermoelectrics, or high efficiency heat exchangers.

In the future, Dr. Henry’s research might involve an experimental component focused on the testing and evaluation of materials and processes for thermochemical hydrogen production cycles. If promising materials are discovered, additional experimental work will be conducted towards cycle optimization and overall cost reduction.

This research program is interdisciplinary, involving techniques and background from various fields such as, condensed matter physics, chemistry, quantum mechanics, and statistical mechanics, and would, therefore, be most valuable to students interested in long- term research careers. Students working in this area would become highly qualified for research careers in academia, at national research laboratories, and in industry. Dr. Henry strongly believes that self-motivated students with an inherent intellectual curiosity will find this research fascinating, challenging, and rewarding, because it involves working at the frontiers and edges of our scientific understanding, where new phenomena, processes and mechanisms remain to be explored.