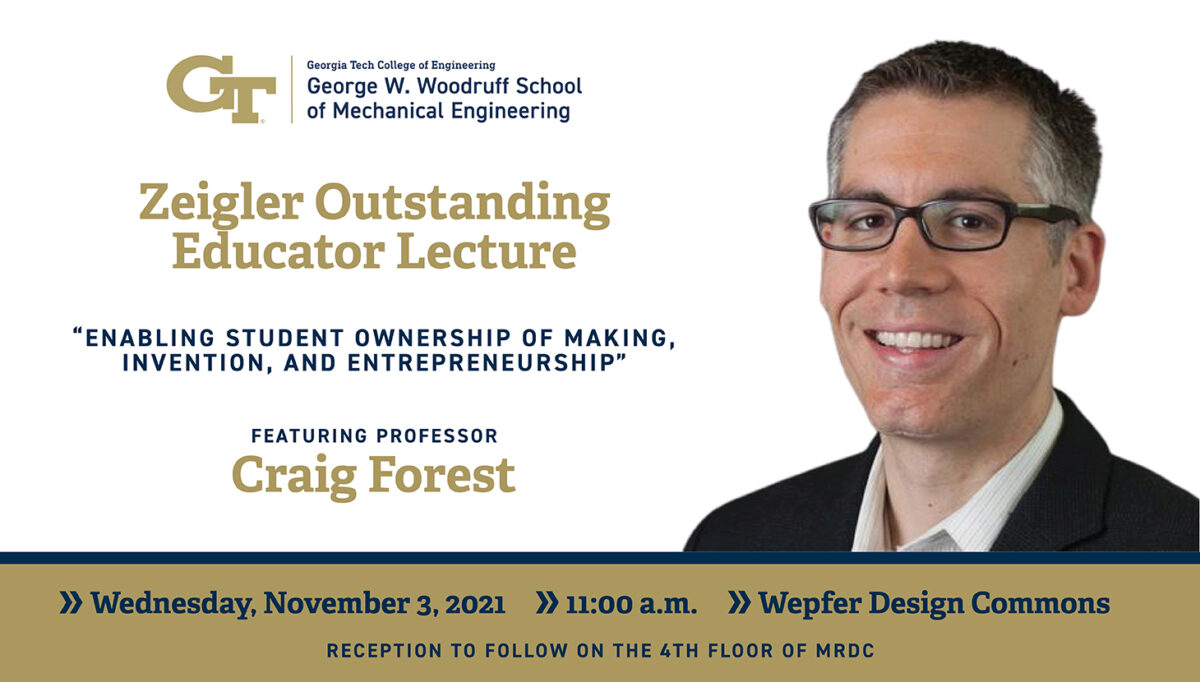 Abstract
Creativity, invention, and innovation are values championed as central pillars of engineering education. However, university environments that foster student-driven, open-ended, design-build projects are uncommon. Over the past 13 years, Dr. Forest has been a leader in transforming the engineering student experience within and outside of Georgia Tech to be more hands-on, team-focused, open-ended, creative, inventive, and entrepreneurial through four foundational programs: Invention Studio, InVenture Prize, Capstone Design, and CREATE-X. In 2009, he spearheaded the creation of the Invention Studio, a free-to-use, 4500 ft2 maker space and culture where thousands of students per month create things, meet, and mentor each other.  The InVenture Prize @ Georgia Tech is a K-12 and collegiate invention competition.  Called “American Idol for Nerds” by National Public Radio (NPR), every year many thousands of K-12 and undergraduate students from dozens of schools and universities compete for $50k+ in prizes and free patents in front of tens of hundreds of thousands of viewers on a live broadcast in 10 states on PBS affiliate networks. A Capstone Design course with hundreds hands-on projects per semester, extramural funding from industry sponsors, and a 5000 person Expo celebration is launching a sustainable, entrepreneurial movement in the engineering curriculum.  Dr. Forest is also associate director of CREATE-X, a flagship entrepreneurship program at Georgia Tech.  CREATE-X’s success is staggering: over the past six years CREATE-X has directly impacted 6000 students and fostered the founding of 300 student-led companies valued at over $1B.  These programs, infrastructure, and cultural transformation are demonstrating the value and sustainability of a student-owned, hands-on, design-build education to stimulate innovation, creativity, and entrepreneurship in engineering undergraduates.