The Carolyn J. Stewart Chair and Professor, School of Industrial and Systems Engineering (Joint Appointment with the Woodruff School) 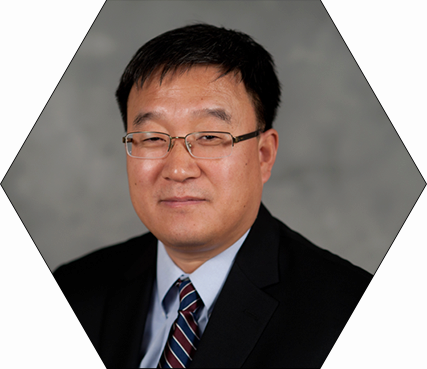 Professor Shi's research interests focus on system informatics and control for the design and operational improvements of manufacturing and service systems.  He is one of the early pioneers in the field.  He has produced 26 Ph.D. graduates (18 of them have joined IE department as faculty members, 7 received NSF CAREER Awards, and one received the PECASE award, 3 serve as executive/directors in industrial companies).  He has published one book and more than 150 papers (95 Journal papers, and collectively received about 5000+ paper citations).  He has also been closely working with industrial companies and has served as PI and co-PI for more than 19 million dollars of research grants.  He has led various research projects funded by National Science Foundation, NIST Advanced Technology Program, Department of Energy, General Motors, Daimler-Chrysler, Ford, Lockheed-Martin, Honeywell, Pfizer, and various other industrial companies and funding agencies. The technologies developed in his research group have been implemented in various production systems with significant economic impacts.

Professor Shi is the founding chairperson of the Quality, Statistics and Reliability (QSR) Subdivision at the Institute for Operations Research and Management Science (INFORMS).  He currently leads the System Informatics and Control Group of ISyE at Georgia Institute of Technology.  He also served as the Director of Program in Manufacturing, co-Director of Global Automotive and Manufacturing Engineering, and Director of Laboratory for In-Process Quality Improvement Research (IPQI) at the University of Michigan.  He also served as an Associate Director of a NSF Industrial/University Corporative Research Center (IUCRC) and a thrust leader at NSF Engineering Research Center at UM.  He is the founding Director of the Quality Science Center at the Chinese Academy of Science in China.  He is currently serving as the Focus Issue Editor of IIE Transactions on Quality and Reliability Engineering, Editor, Journal of Systems Science and Complexity, Associate Editor, ASME Transactions, Journal of Manufacturing Science and Engineering, Senior Editor of Chinese Journal of Institute of Industrial Engineering, and Associate Editor for the International Journal of Flexible Manufacturing Systems.   He is a Fellow of the Institute of Industrial Engineering (IIE), a Fellow of American Society of Mechanical Engineering (ASME), a Fellow of Institute of Operations Research and the Management Science (INFORMS), an Academician of the International Academy for Quality, Elected Member of the International Statistical Institute (ISI), and also a member of American Statistics Association (ASA).