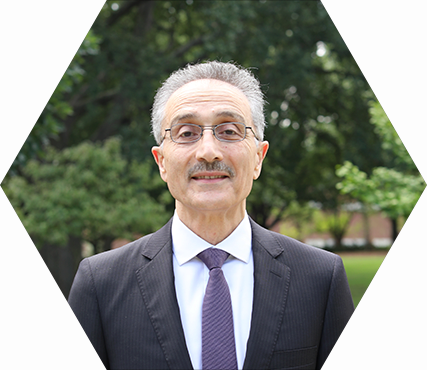 Dr. Farzad Rahnema is a Georgia Power Company Distinguished Professor of Nuclear Engineering and Director of the Computational Reactor and Medical Physics (CRMP) Laboratory at Georgia Institute of Technology. Prior to joining Georgia Tech, he was at General Electric Nuclear Energy for 11 years. His responsibilities included GE’s 3-D Core Simulator PANACEA used for reactor core design and as the engine for the 3D MONICORE system for monitoring operating Boiling Water Reactors. He led the development of 3 versions (v.8-10) of the simulator. He has published over 240 peer reviewed technical articles.

He was the recipient of the 2019 ANS Gerald C. Pomraning Memorial Award for outstanding contributions toward the advancement of the fields of mathematics and computation in support of advancing the understanding of these topics of interest to the American Nuclear Society (ANS) membership.

He served as the Chair of the Georgia Tech Nuclear & Radiological Engineering and Medical Physics (NRE/MP) Programs (7/2002-6/2016) and Chair of the Honors and Award Committee of the ANS Mathematics and Computation Division (MCD). He also served as the Chair of the MCD (twice) and the Reactor Physics Division (RPD). His principal research interest is in the areas of theoretical and computational radiation transport and reactor physics with an emphasis on resolving the grand challenges and current major issues in high fidelity modeling and simulation (M&S) of nuclear systems.