Professor of Physics (Adjunct Professor in the Woodruff School) 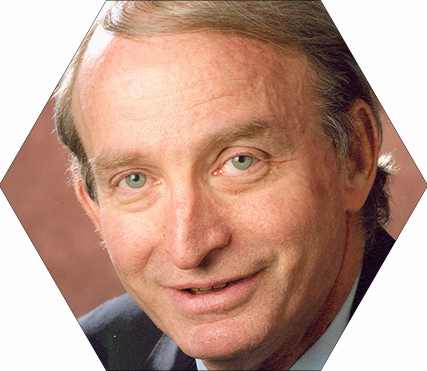 Dr. Gole considers the dynamics of complex and cluster formation and reaction-interaction in supersonic gas expansions at highly elevated gas phase concentrations, at the gas-surface interface, and within surface bounds. In physical processes at surfaces, this group is strongly oriented to MEMS applications which include chemical and biosensors, photocatalytic and photovoltaic devices, and micro- and nanobattery configurations. A substantial effort is now channeled into the study of porous (primarily silicon) structures and interfacial phenomena involving these structures.

In collaboration with Professor Peter Hesketh, we are developing highly sensitive chemical sensors using the PS interface. We now have operational chemical and biosensors which have unprecedented sensitivity and response and whose selectivity is being improved with the application of selective coatings and stereolithography generated micro-chromatographs.

In concert with a substantial effort in the development of nanotechnology, we are collaborating with Professor Andrei Federov to develop a photocatalytic microreactor with applications including environmental disinfection and the highly efficient cracking of water.

Semiconductor nanostructures, nanoagglomerates, and nanowires have attracted considerable attention because of their potential applications in mesoscopic research, the development of nanodevices and the potential use of large surface area structures for catalysis.

Following efforts in porous silicon (PS) our research has been extended to the formation and characterization of silicon, silicide, silicon carbide, and tin oxide and doped titanium oxide based nanostructures. Here we have applied the techniques of high temperature synthesis to generate virtually defect free SiO2 sheathed crystalline silicon nanowires and gram quantities of silica (SiO2) nanospheres which can be agglomerated to wire-like configurations impregnated with crystalline silicon nanoclusters.

Finally, the group considers the combination of porous media and selectively generated nanostructures to form novel optoelectronic (photonic) and photovoltaic devices. In collaboration with Professor Bill King we are concerned with the generation of well defined and patterned, monodisperse, nanoporous arrays for combined photonic and photocatalytic applications.

Future applications will lie in the development and application of interfacial arrays incorporated with nanostructures for sensor, catalyst, battery and photovoltaic applications. MEMS and Nanotechnology are both newly developing and wide open areas of endeavor, both of which are successfully engineered using the combination of a great many newly emerging technologies. Students will combine many disciplines including but not limited to microfabrication and microelectronics, kinetics, optical spectroscopy, and the incorporation of these disciplines into the fabrication of devices.