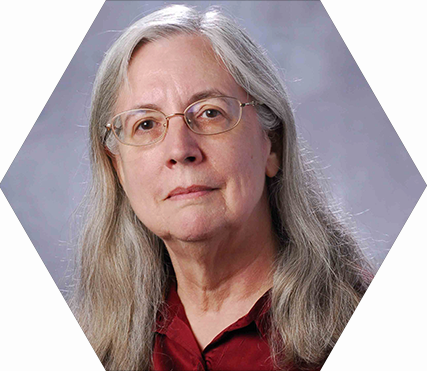 Dr. Allen began at Georgia Tech in December 1992 as a Senior Research Scientist and retired in July 2009.

A major thread of my research in mechanical engineering has been the study of uncertainty and statistics in engineering design. In 1989, our group was among the first to suggest the use of modeling uncertainty in a decision-based design process, particularly in the early stages of design. Aside from the fact that introducing uncertainty into the problem formulation more accurately represents the design information available, an advantage of this approach is that modeling design problems with uncertainty reduces the rigidity of the mathematical formulation. During the solution phase this allows the exploration of points that slightly violate constraints, thus improving convergence and occasionally making it possible to find solutions which could not be found any other way. Of course, if the final design point has not returned to the feasible region of the design space, the designer has the choice of discarding that solution or of re-designing the starting point. This approach and later developments - made it possible to obtain solutions for more complex problems than had been explored previously especially hierarchical problems. For example, it is possible to design top-level specifications for a commercial turbofan engine by partitioning the problem in to engine cycle design and configuration design with subproblems representing the compressor module and the fan and low pressure turbine subsystems. When multiple levels of hierarchical problems are designed simultaneously, it is possible to reduce design iteration and thus improve design efficiency.

In the early 90's we recognized the importance of statistical simulation and computer-based experimentation in design. Our group was among the first to demonstrate the importance of the technique of design of experiments in exploring regions of design space in order to create what are now called surrogate models. This is a necessary step in moving away from the costly and time-consuming method of testing designs by building prototypes and doing much more of the design work with computer-based experiments. Using surrogate models lead to the investigation of various aspects of robust design of many different systems, especially in product platforms. In turn, this lead to investigations of exactly what a product platform should encompass and later to the use of constructal theory to determine the best way to design products with multiple platforms.

Another focus of research has been the design of design processes. A part of this is understanding the effects of various goals on a design process including design for manufacture, design for assembly, value engineering, and design for sustainability. More recently, this has lead to studies of collaborative, distributed design. An important part of this work is facilitating communication among design teams and designing interfaces for communication between design teams. To facilitate the process of design, schemes for the representation of knowledge relating to design products and processes have been proposed. Another part of this work involved building in design freedom or flexibility for downstream designers to alter and adjust designs; this design freedom has been modeled using robust design and game theory.

A recent research thrust is materials design in which materials themselves are designed to satisfy multifunctional requirements and products are developed simultaneously with the materials. Materials design is complicated by the fact that both the chemistry and manufacturing processes determine properties and it is necessary to integrate information obtained from those working at multiple length and time-scales. Thus, using much of the statistical work described above and the work on supporting collaboration and communication among teams in the previous paragraph, an interactive, computational environment for materials design is under development.

Roughly one half of the doctoral students whom I have work with are in academia; the other half are in industry; as consultants, as entrepreneurs starting a business, and in large companies. The MS thesis students have done well for themselves in industry. Most are successful in large companies, but a few, after learning the ropes in industry for a few years, have started their own businesses. One has taken an engineering design/research job with the US Air Force.