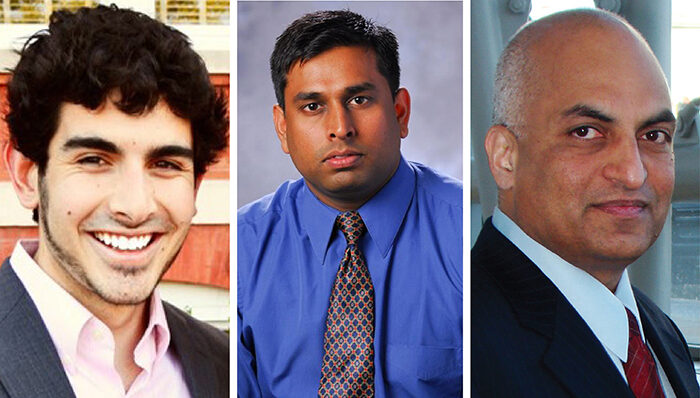 The VASt framework was developed by graduate student Matthew C. Barry under the direction of Associate Professor Satish Kumar and Professor Surya R. Kalidindi at Georgia Tech, and Research Scientist Kristopher E. Wise at NASA LaRC. The group introduced the VASt framework in a recent publicationin The Journal of Physical Chemistry Letters, titled “Voxelized Atomic Structure Potentials: Predicting Atomic Forces with the Accuracy of Quantum Mechanics Using Convolutional Neural Networks.” In this work, they demonstrated that VASt potentials are capable of predicting the thermal conductivity of materials under a range of isotropic compression/tension with substantially greater accuracy than empirical potentials. The development of the VASt framework is an ongoing collaboration between Georgia Tech and NASA through a NASA Space Technology Research Fellowship.

The value of a ML potential lies in how efficiently and accurately it learns the complex physics underlying the atomic interactions. The scope and efficacy of this learning is largely controlled by the input features selected for representing the atomic structure in the ML model (commonly referred to as feature engineering). Therefore, it is crucial that the input features are as complete a representation of the true atomic structure as possible. Previous approaches fail to directly capture the true atomic structure, instead representing it as either a list of atomic coordinates or a small set of features selected ad hoc based on known physics of atomic interactions.

The VASt framework captures the true atomic structure by utilizing a voxelized representation of the atomic structure directly as the input to a convolutional neural network (CNN). This allows for high fidelity representations of highly complex and diverse spatial arrangements of the atomic environments of interest. The CNN implicitly establishes the low-dimensional features needed to correlate each atomic neighborhood to its net atomic force.

“Because the feature engineering (selection of the salient low-dimensional features) is comprehensive, automated, scalable, and highly efficient in CNNs, VASt potentials are able to learn implicitly the complex spatial relationships and multibody interactions that govern the physics of atomic systems with remarkable fidelity,” said Prof. Satish Kumar.